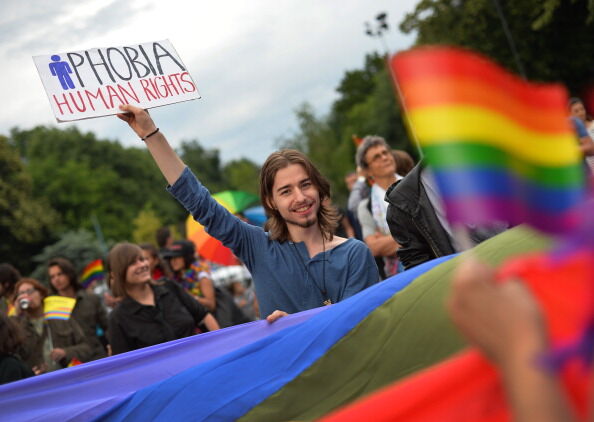 Barbara Giddings, LGBTQ+ activist from the mid-1950s until her death in 2007, said that “Equality means more than passing laws. The struggle is really won in the hearts and minds of the community, where it really counts.”

Winning the hearts and minds of the community has been my goal since I came out in 1975 at age 22. As an activist in the Kent Gay Liberation Front (KGLF) at Kent State University, I helped organize annual conferences open to public and delivered talks to classes and community organizations. The most memorable of these was a talk I gave to inmates deep in the bowels of the Mansfield Reformatory in Ohio!

We have seen remarkable change since those days, including the legalization of same-sex marriage. That was something I never expected to witness in my lifetime, and I never dreamed that one day I would be legally married. This progress never would have happened if we had allowed homosexuality to remain "the love that dare not speak its name" (Lord Alfred Douglas, 1892). The LGBTQ+ community has won its many victories, and more to come, by leaving the shadows and coming into the open — by coming out.

LGBTQ+ rights are basic human rights. Through this website and my blog, Just Sayin', I will cover and explore the issues and challenges of the LGBTQ+ community as we fight for freedom and dignity. I will look at gay history, particularly as it is captured in video. And I will look at the LGBTQ+ community and culture, with special focus on our stories as present in full-length and short films.

In recent years some outstanding LGBTQ+ films have made it to the mainstream release for the wider public. These include Love, Simon; Call Me By Your Name and Boy Erased. I look at these films with clips and interviews. I also look at notable past gay films and highlight some of my personal favorites.

There is also a wealth of superb short independent LGBTQ+ films that have made the rounds at film festivals and other small venues. I've curated a collection here of my favorites that I consider the best out there. So far I've assembled 35 films you can watch in their entirety right here.

Finally, TV commercials play an amazingly important role in setting and reflecting popular culture in the United States. Here too the LGBTQ+ community has a growing presence. I've collected a few samples.

Coming out as LGBTQ+ can be terrifying or joyous. Sometimes both at the same time. It can also be the single-most important thing a gay person can do — for him or herself, and for the community. Coming out videos are a staple on YouTube and I've assembled a collection featuring average folks and famous too, like George Takei of Star Trek, Rosie O'Donnell, Jason Collins, Ellen Degeneres and Troye Sivan.

To top it off Dan Savage explains how it gets better! 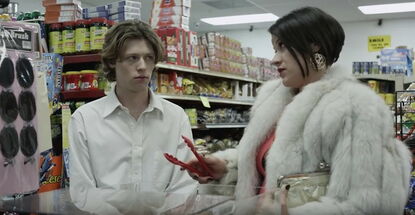 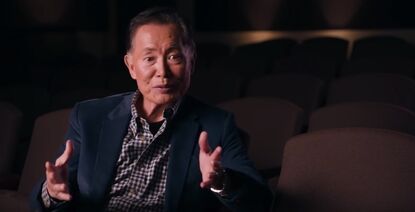 George Takei talks about Japanese Internment during
World War Ii and later his coming out. It gets better.

“Openness may not completely disarm prejudice, but it’s a good place to start.”

The fight for LGBTQ+ Rights goes way back! In my blog I report and comment on the current events, issues, history, defeats and victories of our century-long struggle.